Edlesborough Parish Council has been informed that the appeal regarding the 14 houses at the bottom of Good Intent has been concluded and the Inspectors have reached a decision to grant permission for the development.  This permission is conditional on the Highways Authority approving the proposed build out in the High Street.

Representatives of EPC attended an earlier hearing (30th April 2019) about this development and objected on the grounds that Good Intent was not a suitable access due to its substandard junction with the High Street.  EPC proposed that a mini-roundabout might overcome the problem but unfortunately that suggestion was rejected by Buckinghamshire Highways Authority and the application was refused.

The applicants then submitted a second application incorporating the build out which technically met the Highways Authority’s visibility requirement.  EPC objected because it considered it would actually exacerbate the existing problem, but that argument was not accepted by the Planning Inspector

The Inspector’s decision granting permission for the 14 houses does not authorise the build out, but it does make it a condition of the permission.  It is the Highways Authority that will have to approve the build out and they have stated that will be subject to a public consultation.

EPC will endeavour to keep parishioners informed about any public consultation relating to a buildout on the High Street near the junction with Good Intent. 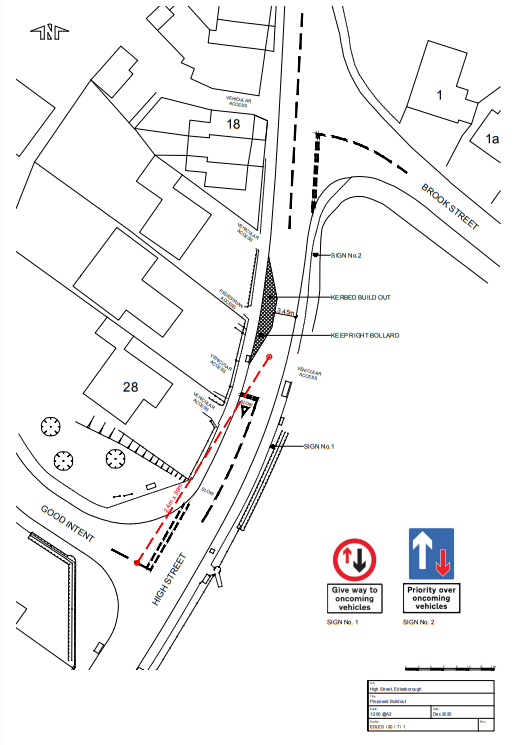 All photographs reproduced with permission.